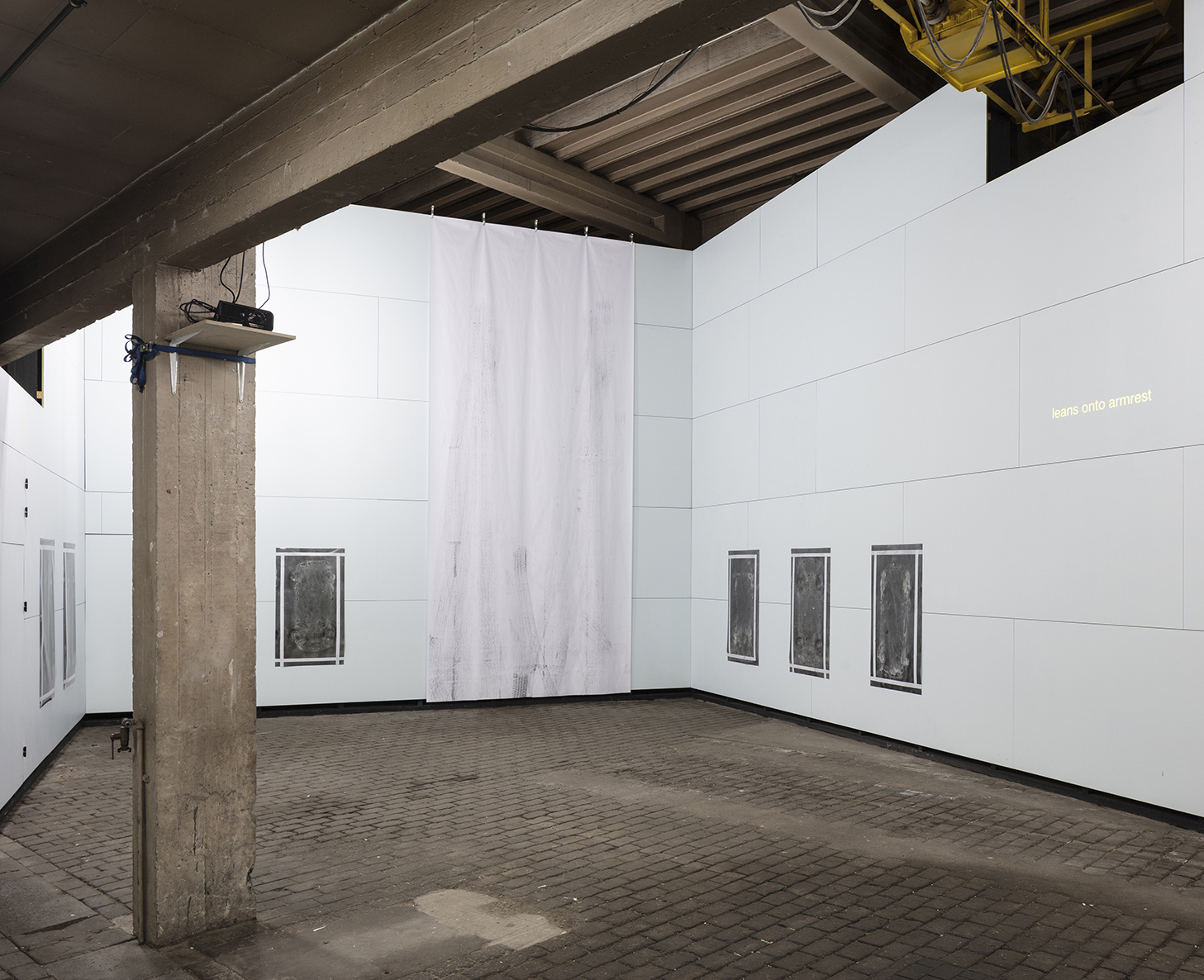 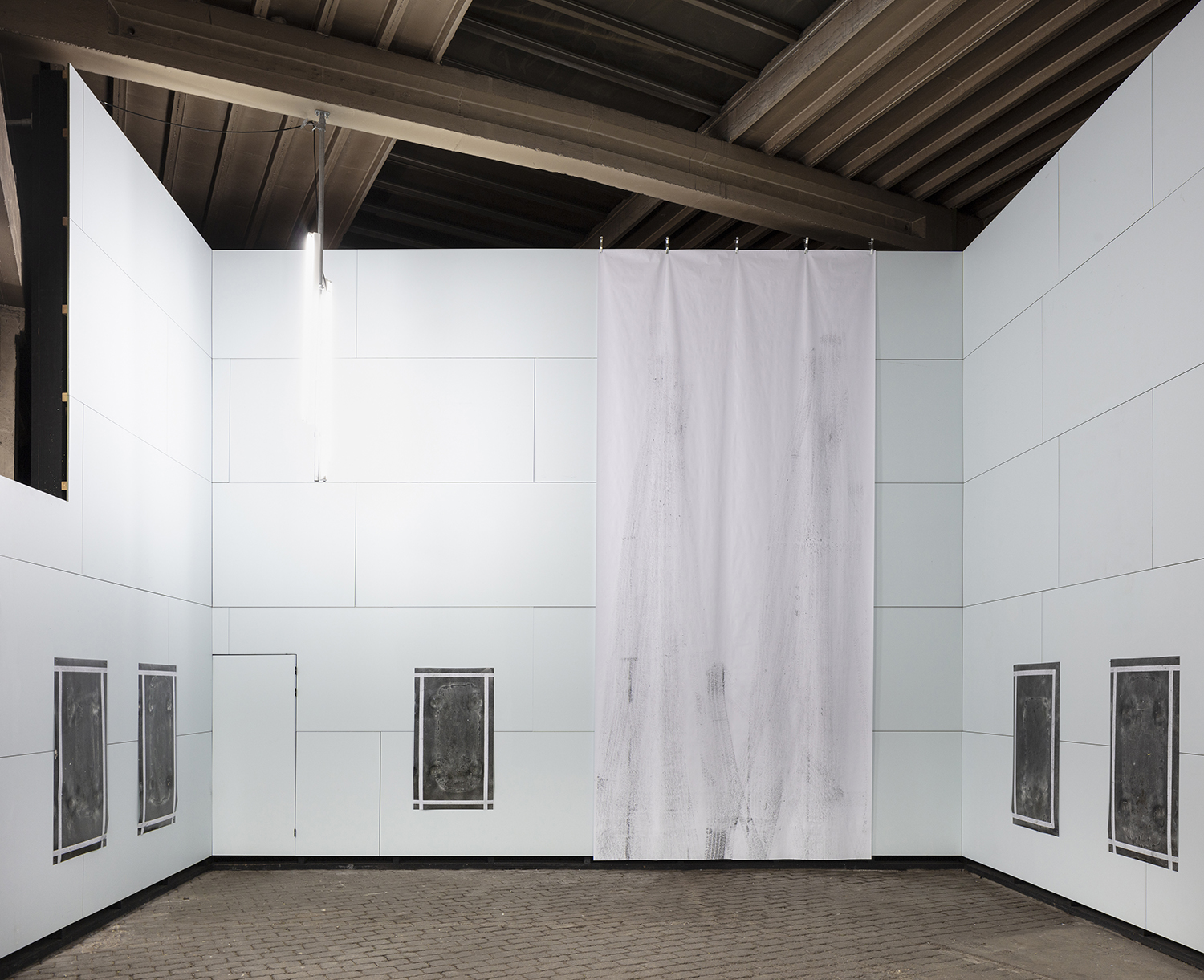 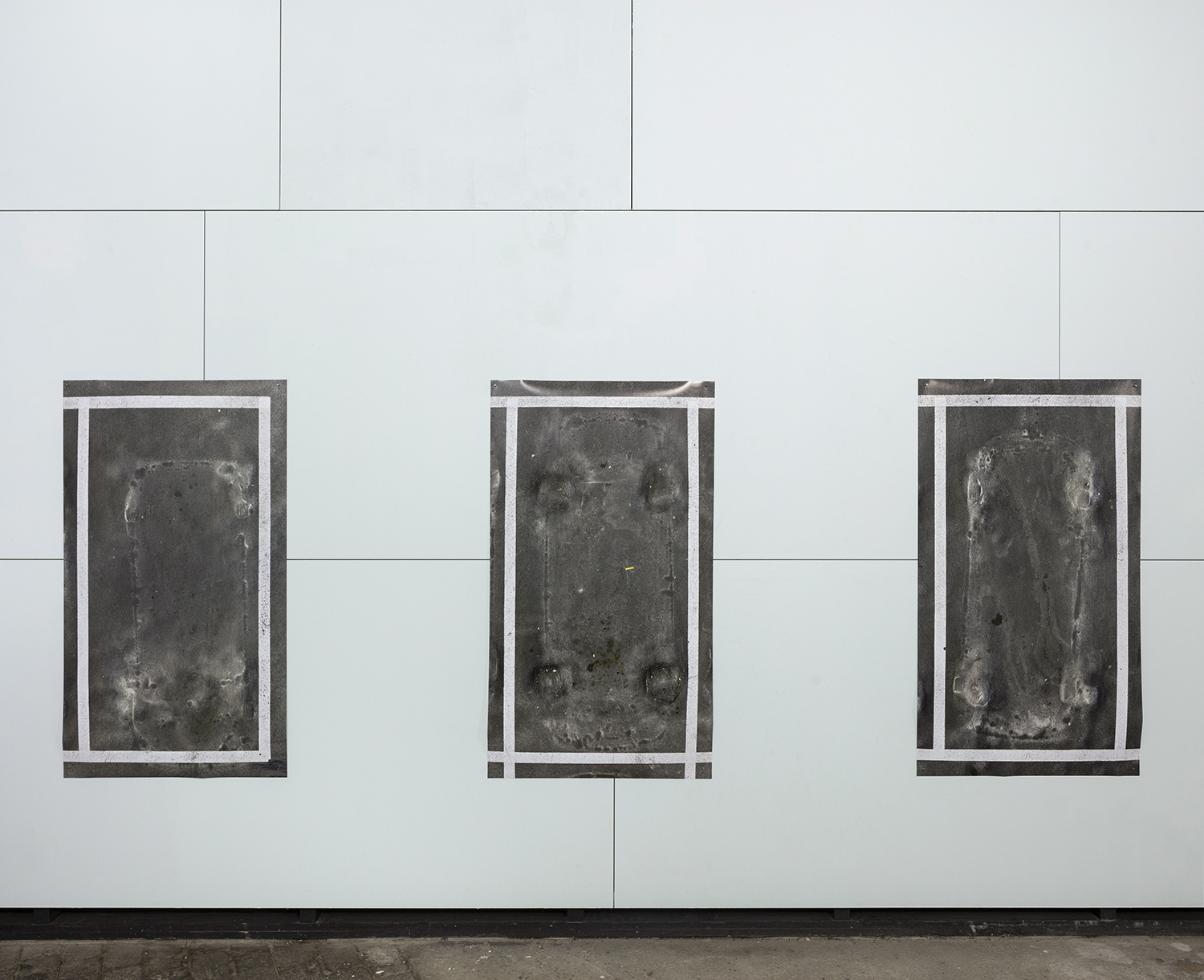 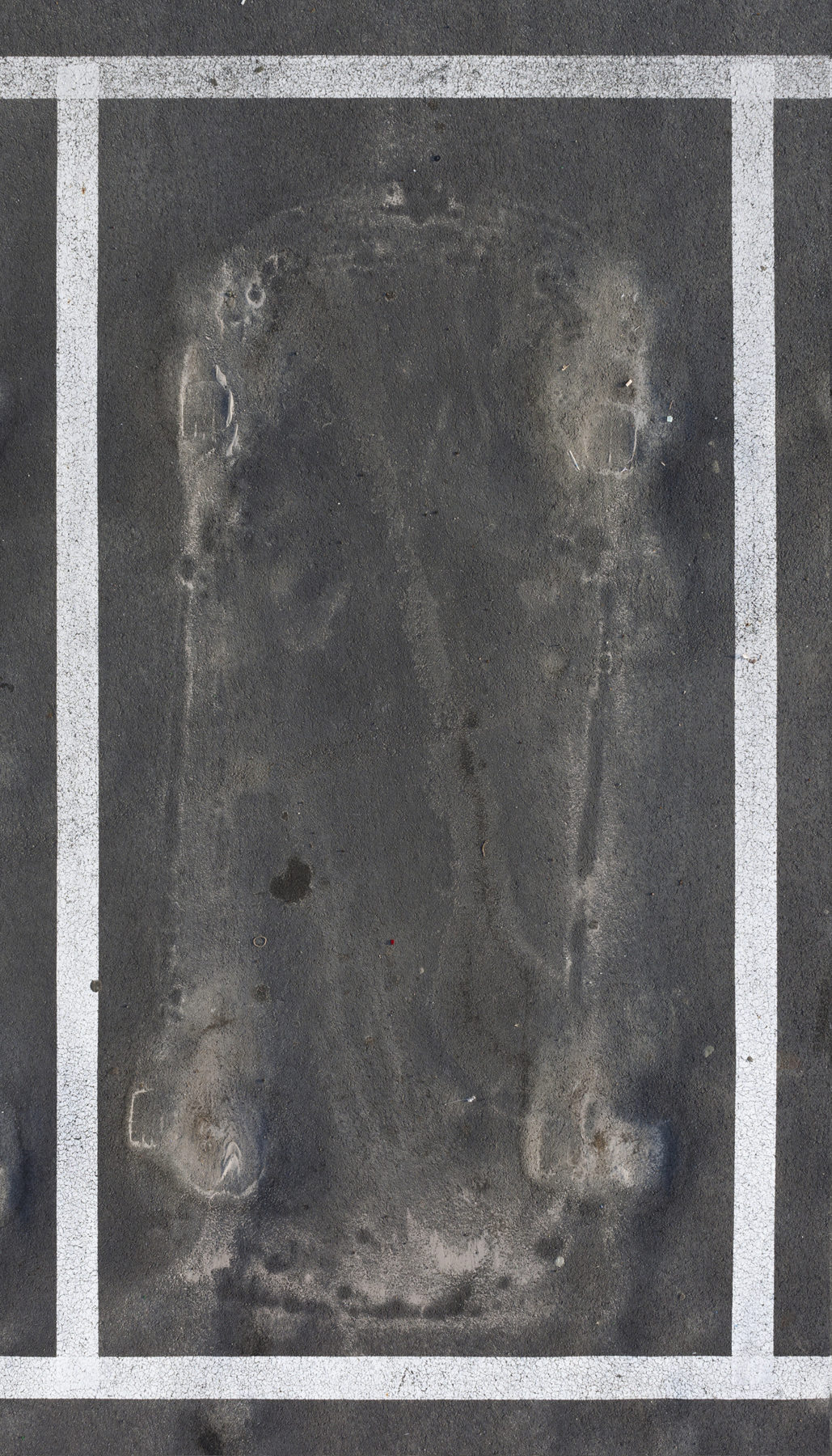 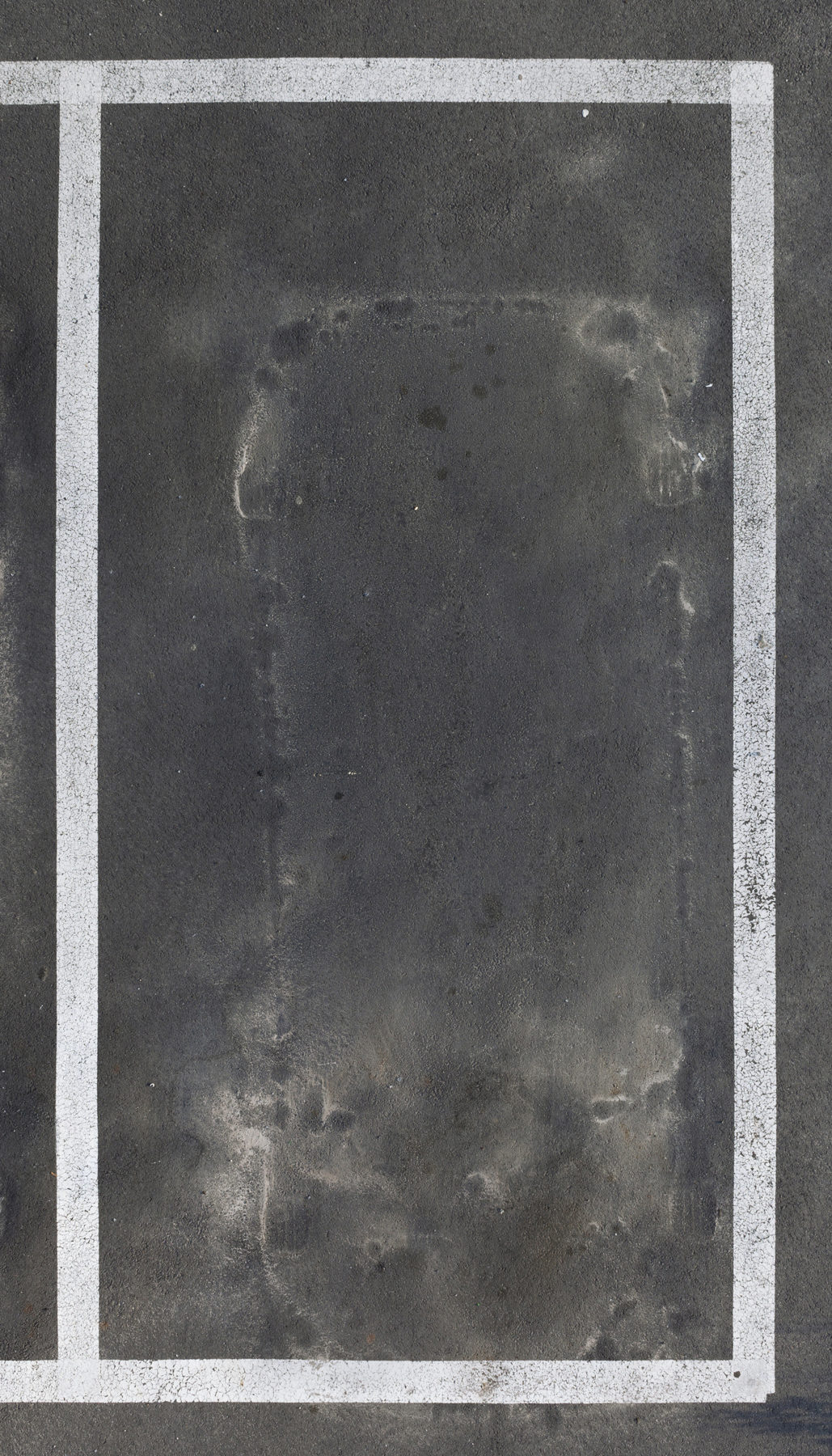 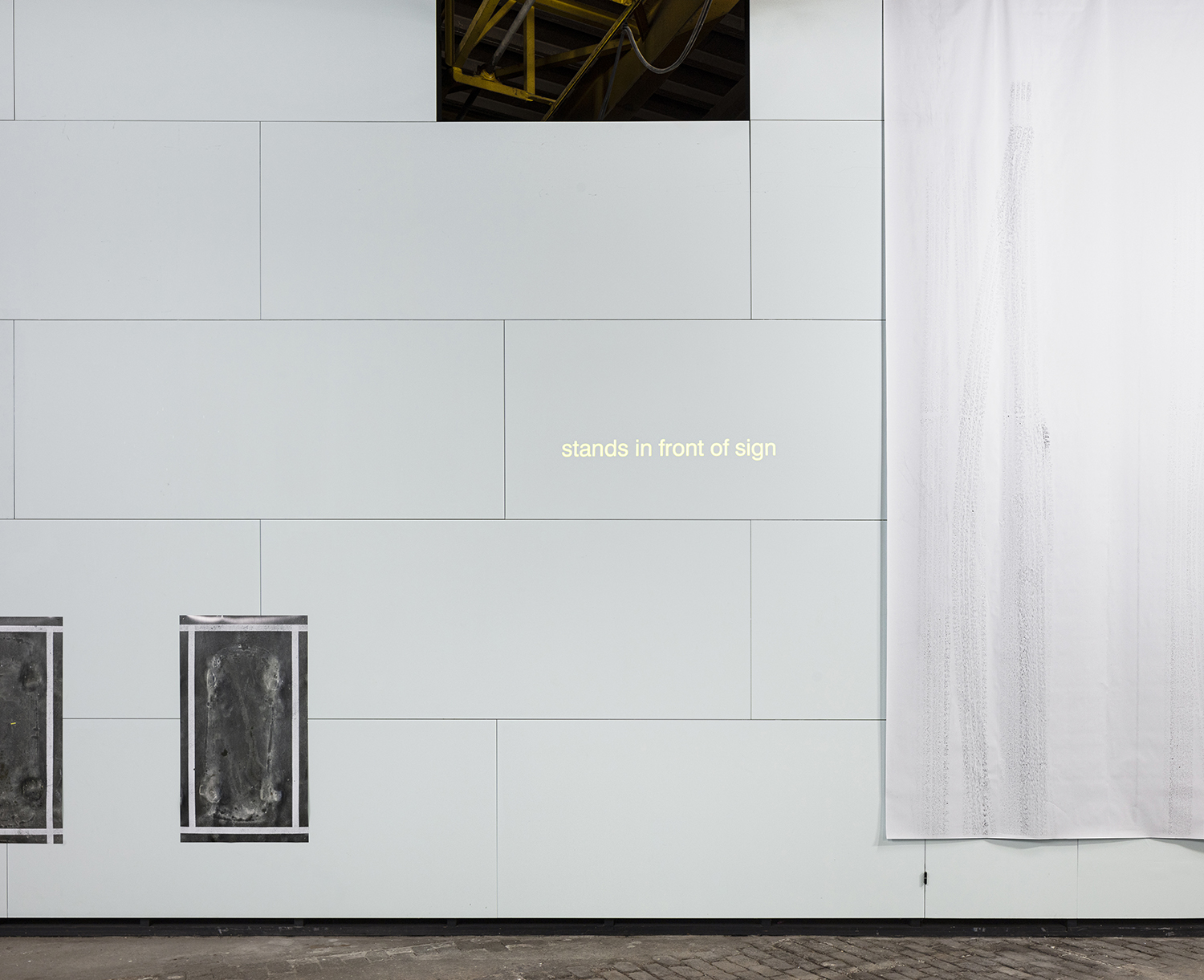 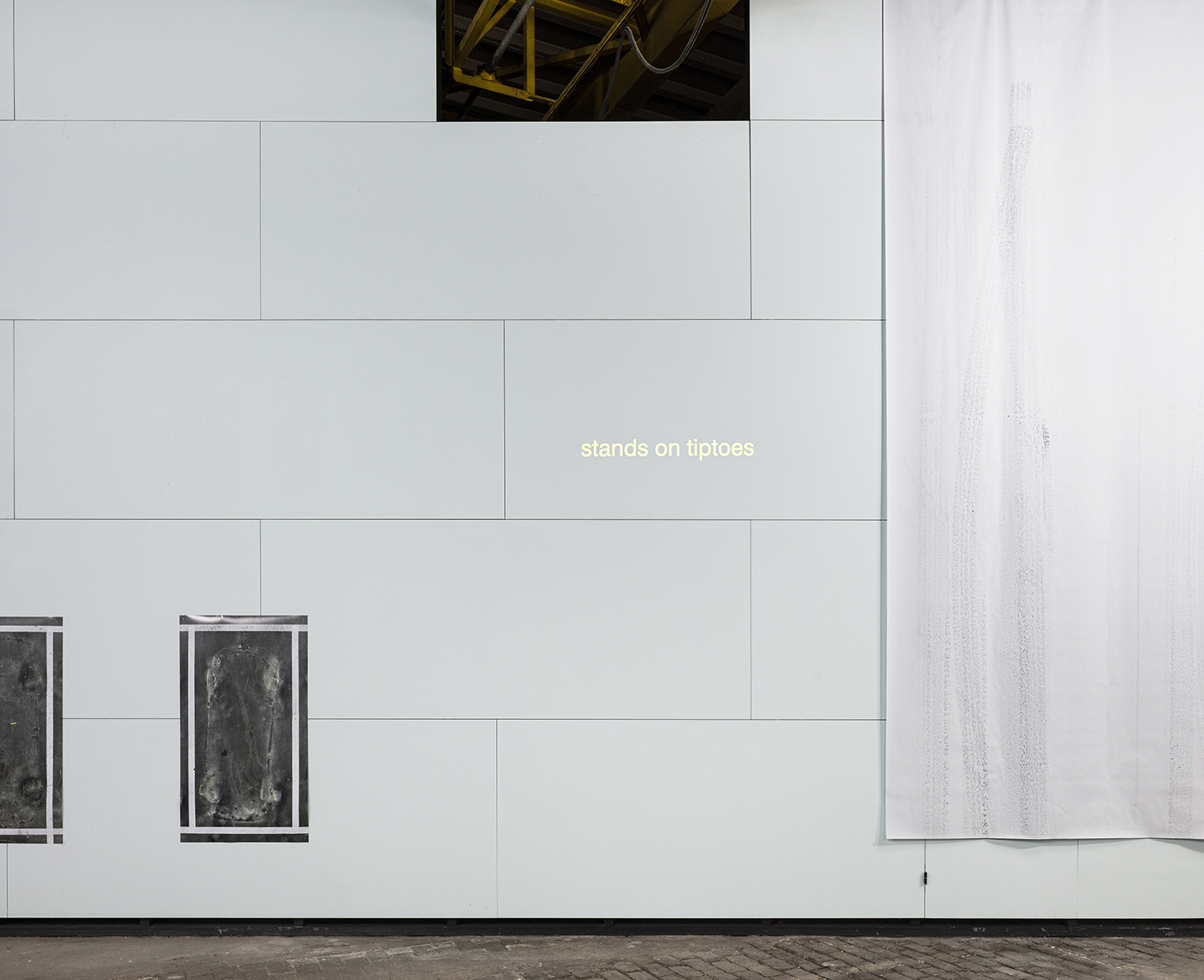 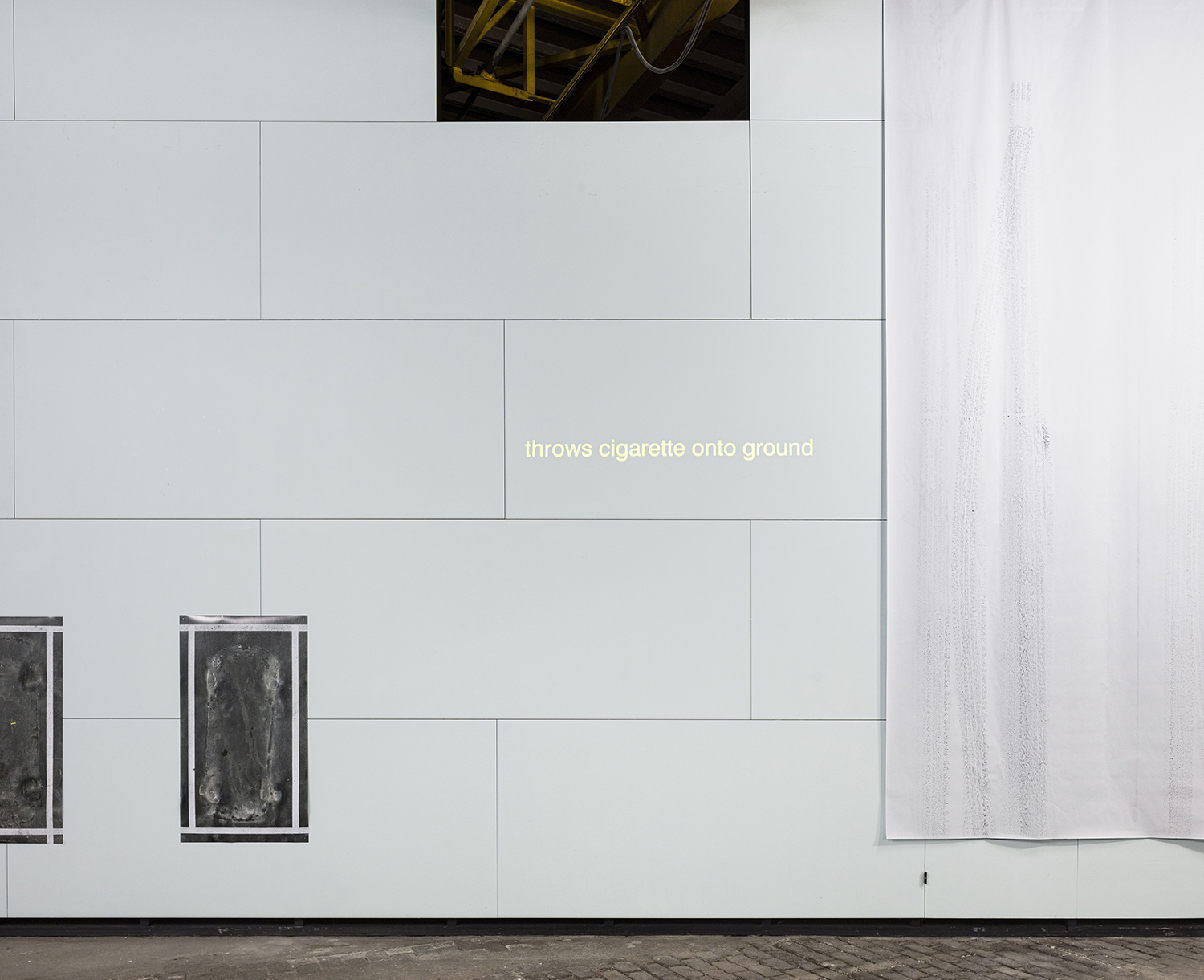 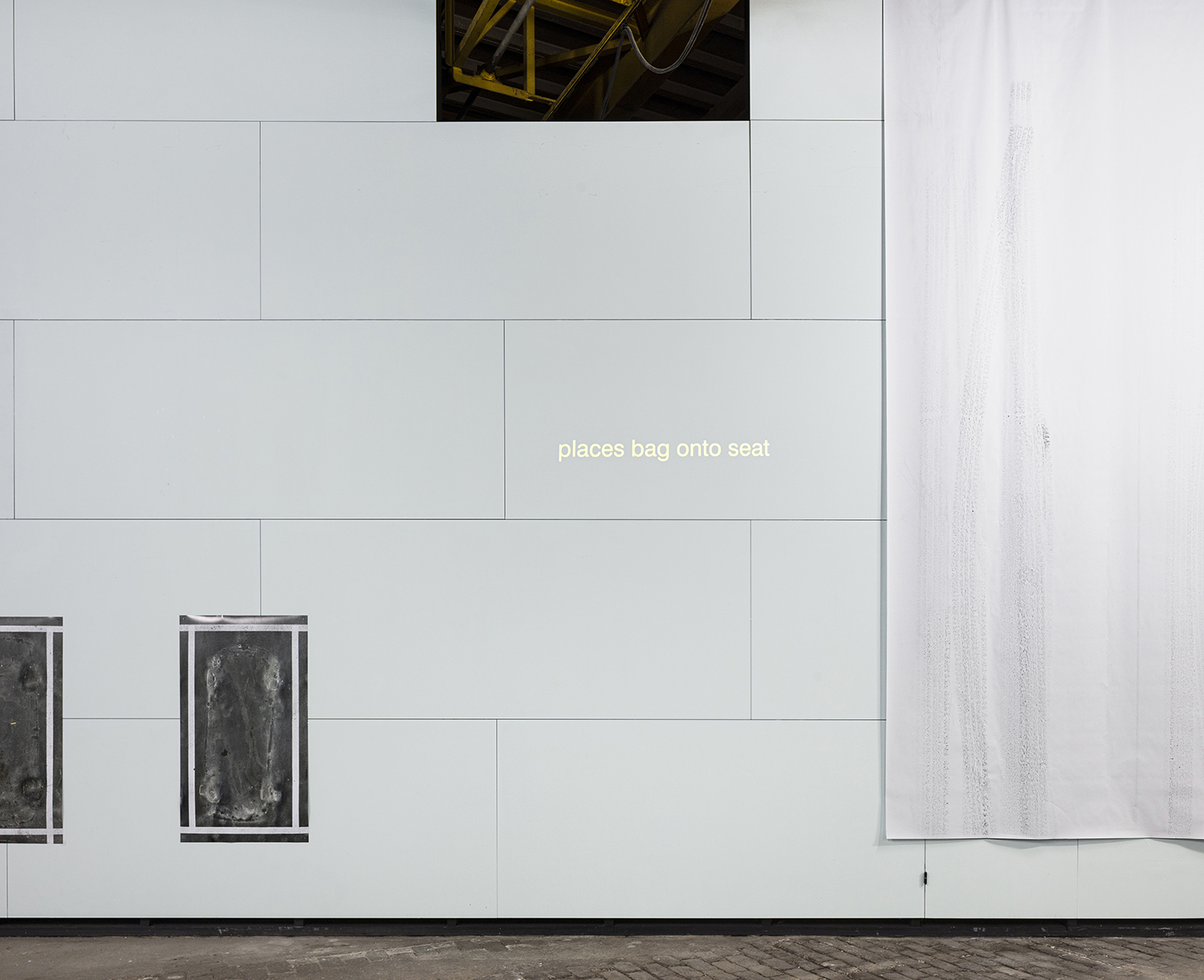 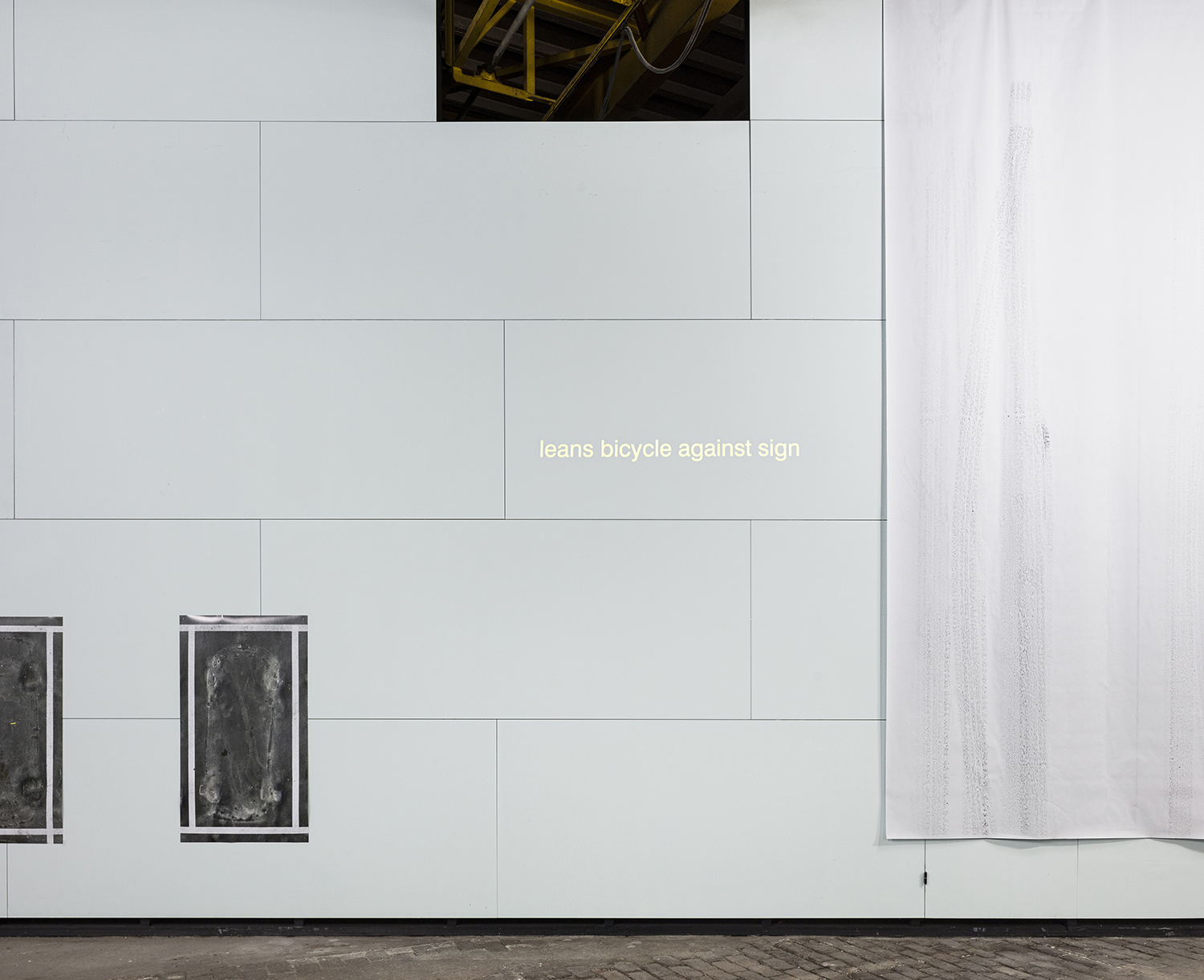 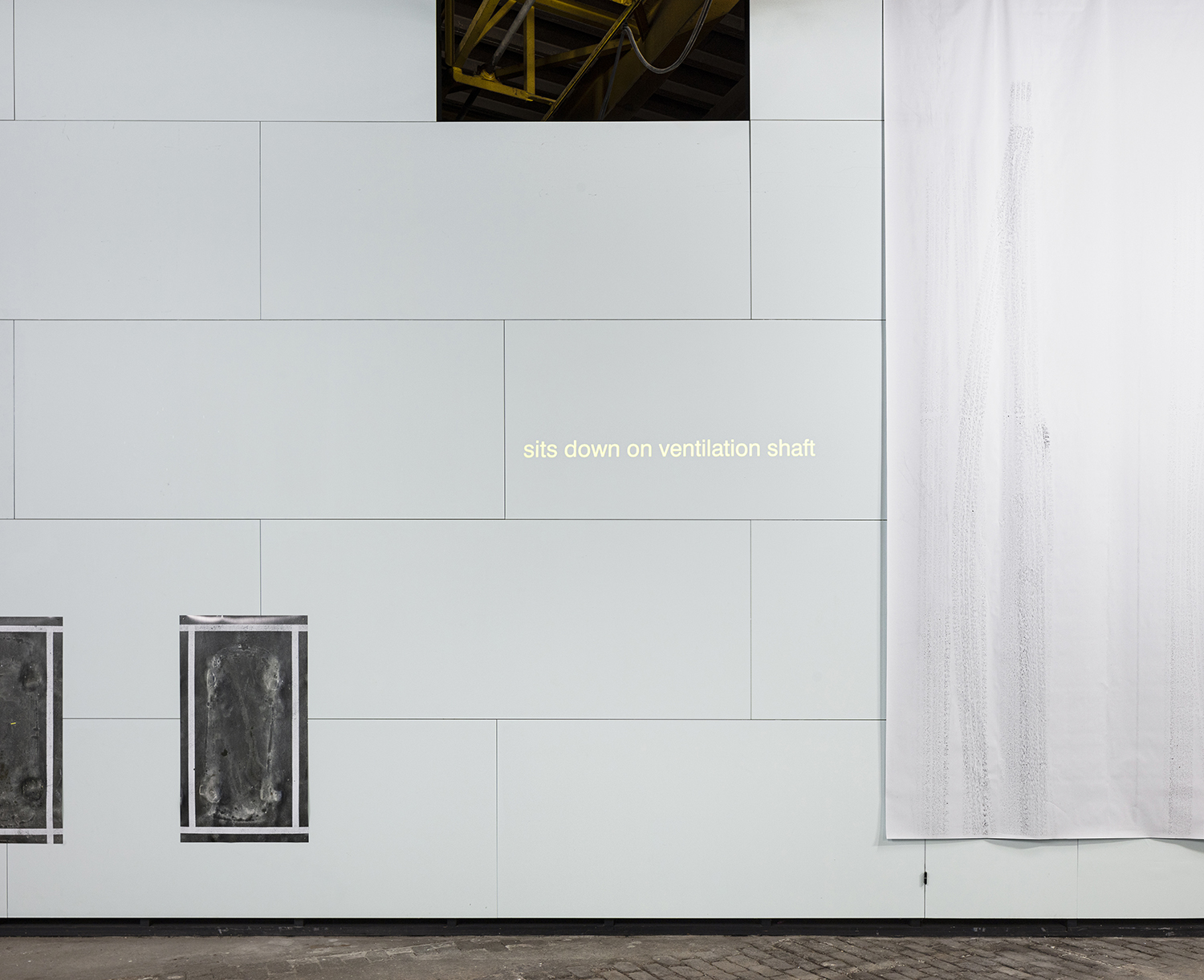 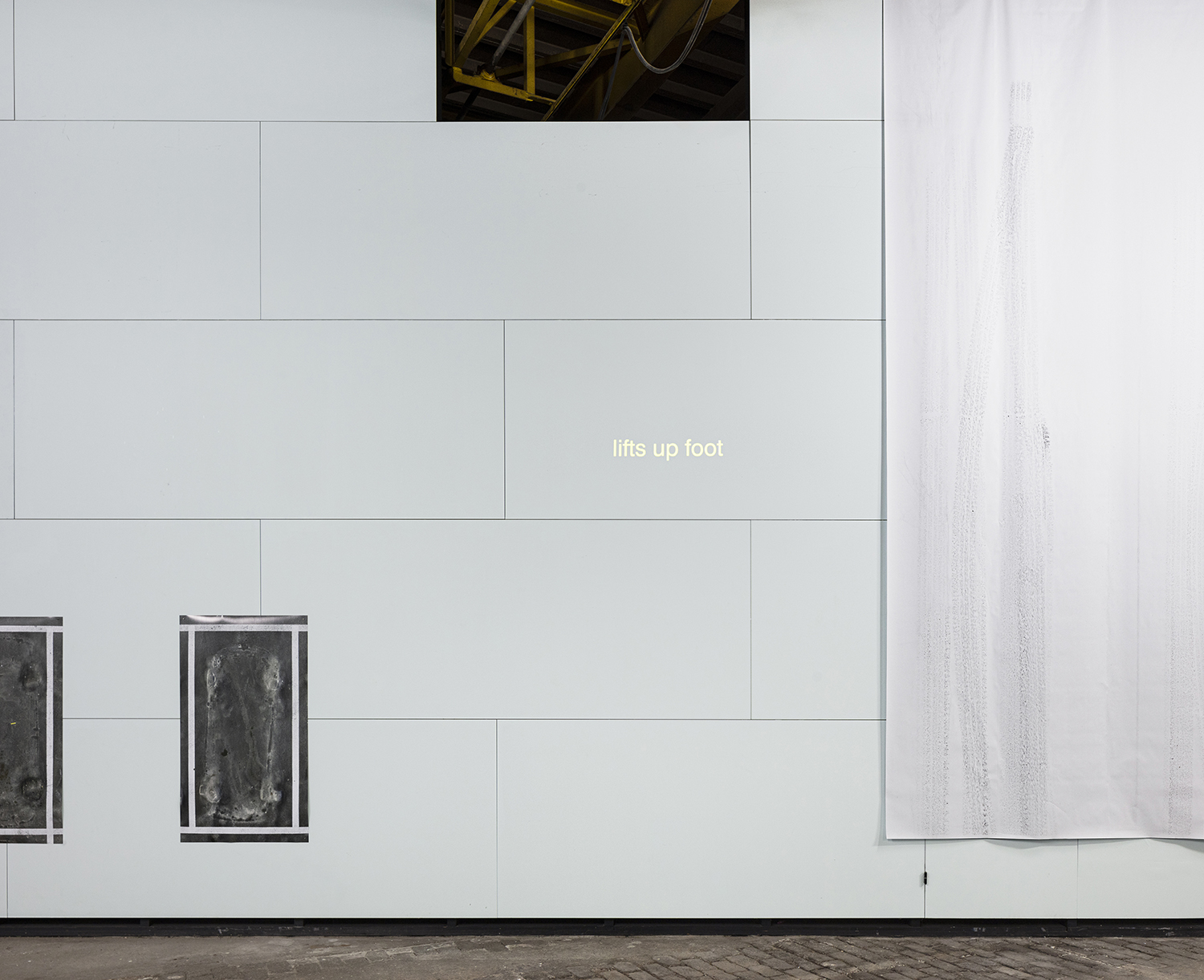 During four weeks, Stephanie Kiwitt resided in 019 in Ghent, visited the surrounding parking lots on a regular basis, stayed to observe the dynamics within a very defined and universal space. Starting, halting, moving – presence, leftovers, absence.

‘Close in open’ is the fifth instalment of P, a series of exhibitions and events on the idea, the functioning and the aesthetics of the parking lot, curated by De Cleene De Cleene. As an area where cars or other vehicles can be left temporarily, the parking lot is a site that stockpiles potential. It is an aside to the road and to the romantic idea of travel, and a necessary counterpart to the modern preoccupation with speed. It is a secondary place that often goes unnoticed, a landscape at the service of a department store, an amusement park, a factory, a journey. Once an ‘enclosed preserve for beasts of the chase’, it has become an increasingly questioned, regulated yet volatile landscape. It is a patchwork incessantly formed by aesthetic, functional, ecological, political and economic strategies. It is a place of temporary stagnation at the service of movement, a grid that gathers and structures objects, people and stories in a continuously changing puzzle.

The line that connects A to B, pauses at P.